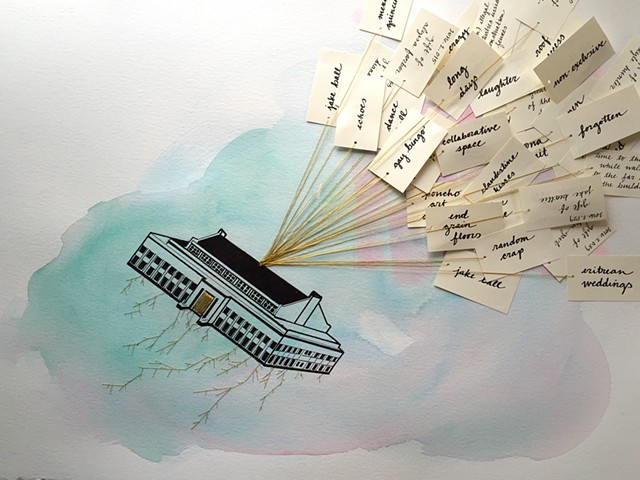 Installation work made for Ghosts of Seattle Past and shown at the Irish Wake for Lost Seattle Places in 2016. Work is featured in the Anthology, published by Chin Music Press, Ed. Jaimee Garbacik.

This piece is a rumination on all the lost uses of the Armory building in South Lake Union, Seattle, which were crowd sourced on Facebook from other users of the building. The building is now the home of the Museum of History and Industry.